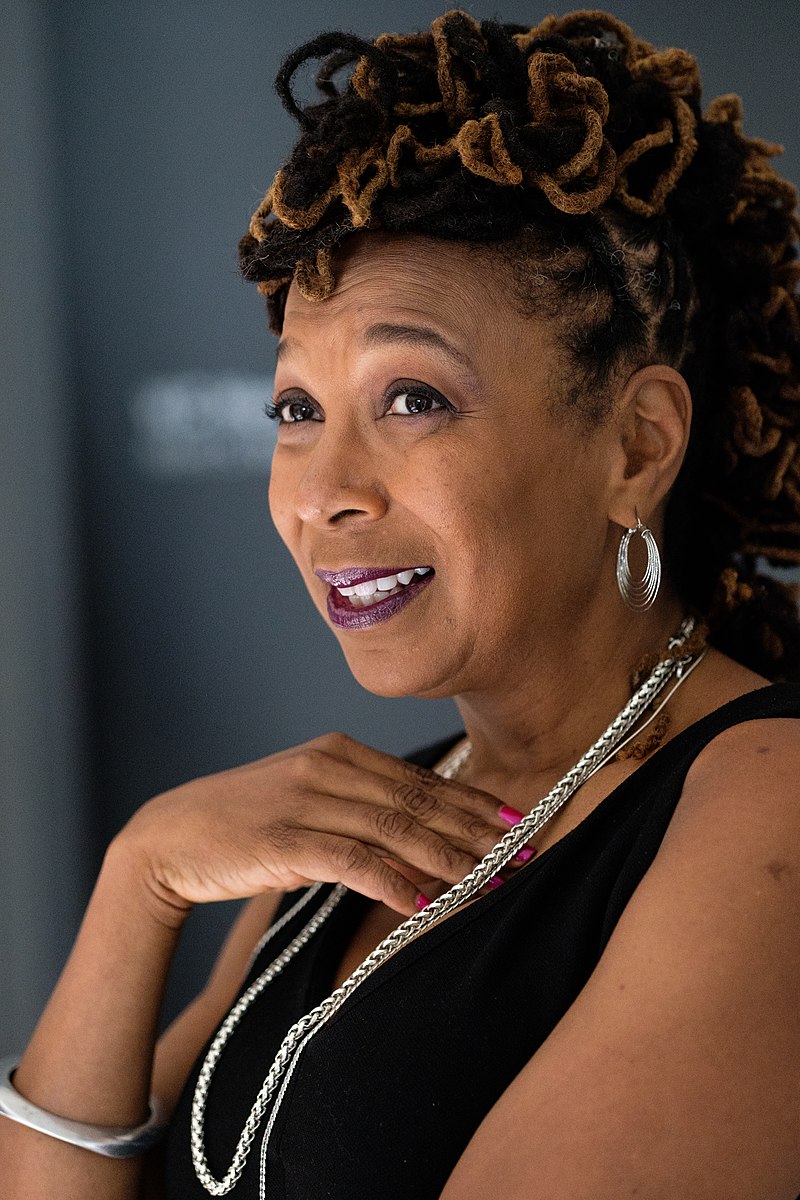 This article was written for Damsel Magazine and appeared in print in 2017.

1989 was a crucial year for the history of feminism, especially Black feminism. 1989 marked not only the birth of the author of this piece but also the understanding and naming of a socio-political phenomenon called Intersectionality. This simple but complex term was coined by the one and only Kimberlé Crenshaw.

With her bold locks and bold smile, Kimberlé Crenshaw, an African American law scholar, is distinguished for her impressive academic achievements in and contributions to law and social justice across the world and her fierce presence and charisma.

Born in 1959 in Ohio, Crenshaw has had a focused educational journey. After her bachelor degree in Government and Africana, she went to Harvard Law School to complete her Juris Doctor, followed by a Masters of Laws which she graduated in 1985 at the University of Wisconsin Law School. Her potential and drive were noticed and appreciated as she worked as the law clerk to the Wisconsin Supreme Court Judge during her last year of studies.

Moving on from there is when Crenshaw, in 1986, joined UCLA to found the Critical Race Theory field while lecturing on civil rights, critical race theory and Constitutional Law. Shortly after, in a study, Crenshaw explains a phenomenon that was already known although not scholarly formulated. That subsequently would completely revolutionise the way feminism – and any activism for that matter – is approached. Crenshaw helped us understand how one’s experience with an oppressive system is tailored by various aspects of that person’s identity: race, gender, sexual orientation, class, education, age, religion, mental health status, and body or body-mind ability.

Dr Crenshaw groups each category in sections. So, when we talk about systemic oppression, for example, sexism, the subjects concerned are women; that is a section. Some of these women would be People of Colour. Their experience of sexism would be influenced by the racism they face; since People of Colour form another section – that of people experiencing racism – these Women of Colour (WOC) would be at an intersection. Among the Women of Colour, some of them would be Black, and the anti-Blackness they face would make their racism experience different than other WOC, which would also impact how they experience sexism – it is also known as misogynoir; we now have a new intersection. Now, let’s imagine these women are trans women; we now have another intersection, and so it goes on. This phenomenon is what is called intersectionality. Crenshaw applies the concept of intersectionality in the Law arena to point out the discrimination faced by most marginalised folx within the legal system due to a lack of acknowledgement of the various intersections.

Apart from coining intersectionality, Crenshaw is respected for her contribution to various important studies and initiatives. One of them is the contribution of her work in drafting the equality clause of the South African Constitution. Another important impact Crenshaw made was challenging the My Brother’s Keeper initiative that only focused on boys and men of colour, excluding girls and women, and initiated the campaign #whywecantwait, which gained national support from people of all genders.

Crenshaw also published several publications that have influenced law and politics students, other scholars, and decision-makers across the world and individuals as they become aware of their identities and place in society. Mapping the Margins: Intersectionality, Identity Politics and Violence against Women of Color (1991), Black Girls Matter: Pushed Out, Over Policed and Under Protected (2015), and Reaffirming Racism: The Faulty Logic of Colorblindness, Remedy and Diversity (2013) are amongst many of her acclaimed works.

As an aspiring political law scholar myself, I am so proud to live in a time where I can witness a leading scholar in law with whom I can relate; female, Black and bold. There’s something for everyone in Kimberlé Crenshaw, for she has challenged the system, challenged the ways of looking and dealing with discrimination, and helped every one of us to understand the complexity of our identities and the different layers that make our unique self.

Political thoughts
I can’t move on
“I am so sorry, son. Santa will come.”

This site uses Akismet to reduce spam. Learn how your comment data is processed.