The thinking behind ‘Unwhitewashing the Truth’ 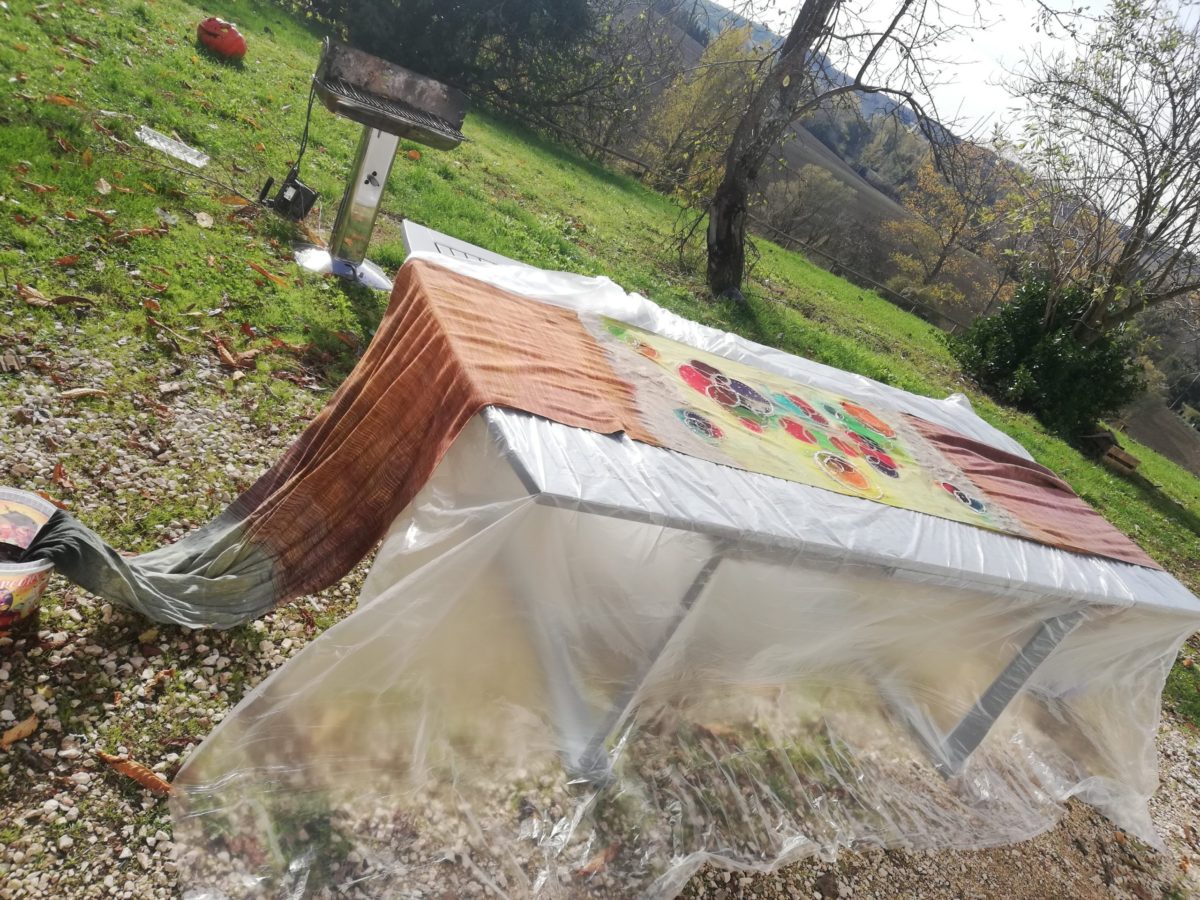 ‘Unwhitewashing the Truth’ is a 4.9m long fringed piece of interactive woven academic literature that explores how narratives differ depending on the identity of the narrator, based on the theory of intersectionality (Crenshaw, 1989).  The premise is that since absolute objectivity is impossible (Jenkins, 2005), to obtain a fairer version of facts, the narratives must come from people who are as far from whiteness as possible, within the intersections.

The weaver suggests that the warp represents a historical event. The weft represents the narrators. The warp, hand-dyed in shades of greens, illustrates the environment in which the narrators are part of. At the tails, the weft is white, representing white narrators. On one side of the piece, light shades of brown with touches of white wefts follow the white section; the transition from white to brown is done in soft graduation. This illustrates light skinned People of Colour [PoC], as well as White Presenting PoC, whose proximity to whiteness causes blurred lines.

Meanwhile, on the opposite side of the piece, nuanced dark brown hand-dyed wefts follow the white section with a bolder transition; these represent Black and Brown PoC whose racial identity comes without ambiguity. Both brown sections have a touch of fine hand-dyed rainbow silk inlays, an acknowledgement to the LGBT community, especially Black transgender women who tend to be at the centre of intersections, as will be discussed below.

The middle section was woven with white weft, since white voices are by default centered in literature, as well as any story. It is evident that both the white weft and the brown wefts sections present the same warp differently; the story changes depending on the colour of the weft, i.e the narrator. The issue that is prominent in social discourse is about what voices are the most objective (Kundra, 2017); who tells the truest version of facts.

As one could find, neither the brown nor the white wefts would give a neutral presentation of the warp. Similarly, no human being from anywhere on the race spectrum can provide absolute objectivity in their narratives (Jenkins, 2005); their perception of events being heavily influenced by their personal, racial and cultural history and experience with society based on the amount of melanin in their skin, and other identities they carry, as per the theory of intersectionality (Crenshaw, 1989).

Kimberlé Crenshaw tells us in her 1989 study that an identity is a section. For example, being a woman is a section, being Black is another and being gay is another. These sections intersect with each other. At the intersections are the most oppressed people, generally Black women, according to Crenshaw. The weaver of this piece argues that, furthermore, there are smaller sections within a section; for example, transgender women are within the womanhood section, therefore these intersections would look like small circles in big circles intersecting. The weaver believes that one should listen to narratives centering intersectional voices. As a result, the weaver painted over the middle section of the wrap that was woven with white weft, circles of various colours, intersecting with each there.

The piece has big bold fringes, representing Crenshaw’s dreadlocks, while the white-wefts tails were briefly dipped in black dye, to represent the law professor’s blackness, as well as to strip off the whiteness of these sections, to unwhitewash the warp and get closer to its true colours. Finally, the whole piece is an interactive academic artwork; the wearer of this wrap will experience inequality when wrapping, with the fringes being made at different lengths to represent inequality of outcomes due to intersectional identity-based discriminations.

The brown and white sections on each side of the middle painted section are also unequal in length; the wearer will have to decide whether to go by the middle point of the wrap length and accept not having the most visually ideal finish look, or to use the painted section as visual middle marker, and accept having unequal tail lengths. This exercise will put the wearers in the shoes of multi-marginalised people who often must compromise and adapt within their environment in order to have the less unequal outcome or experience.